“Can you begin a process without knowing where it goes?”
Iris Eichenberg 2011

At the start of our correspondence I warned Liesbeth about the not-a-straight-line nature of my process, and we wrote into our proposal for Objectspace:

The work will develop through enquiry, experimentation and accident; space will be made for the unexpected; uncertainty and changes in direction will be navigated to let the work come into focus over time.

In the early months of the year, we worked with TIME as a provisional theme.

Liesbeth began experimenting with a process of slow-looking and slow-writing; thinking deeply about a contemporary jewellery piece and pairing it with an historic piece or a piece from another field, all within the general framing context of jewelleryness.

Over the months she generated a series of texts, making connections across jewellery and art history which illuminate both works in each pairing with a uniquely fresh light. For example, Jewelleryness I, detail: Body As Stage, which paired this Portrait of Queen Elizabeth I, by Nicholas Hilliard (called) (1572-76): 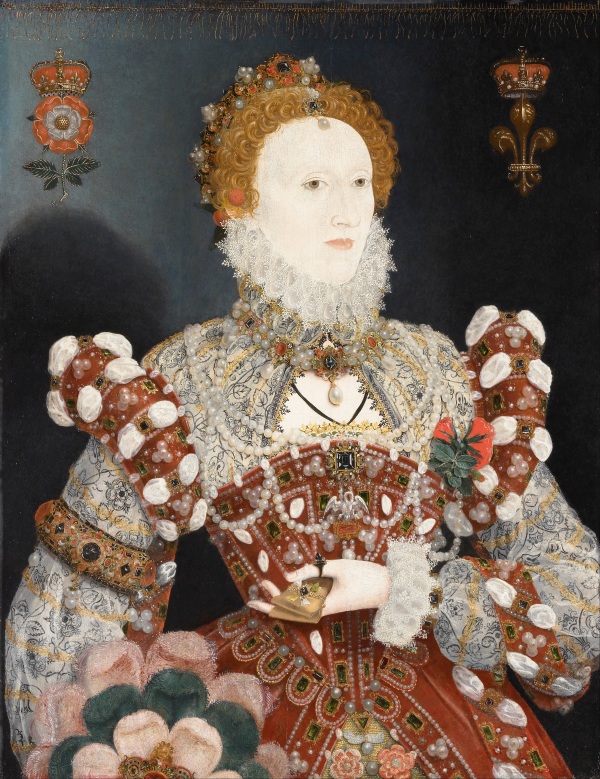 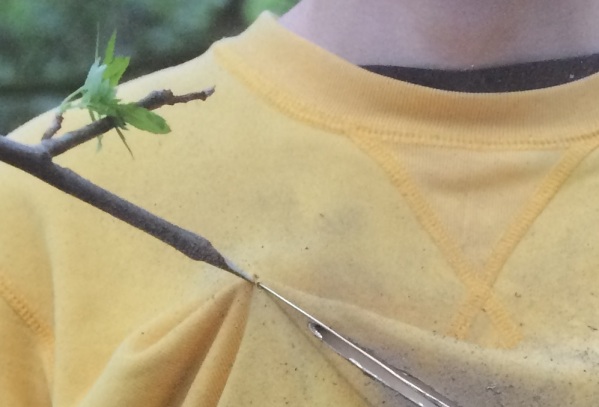 Also, Jewelleryness III – Place: a touch of sexuality, which paired Woman at her toilette (School of Fontainbleu, 1550-70):

For my part I began looking at TIME in the context of a gallery setting, including:

I visited Wellington galleries and museums, noting where people lingered and what engaged them. This scene in Te Papa: 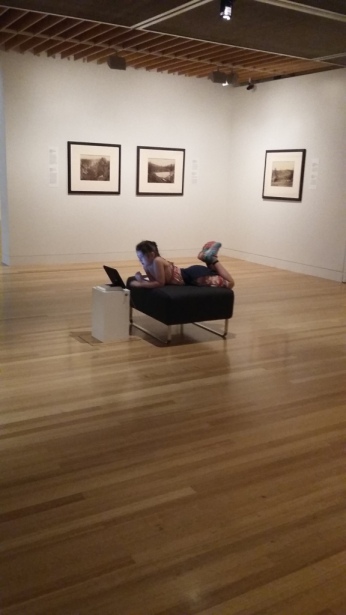 These in City Gallery:

Meanwhile, we were exchanging thoughts and images – generating some beautiful source material – an avalanche, such abundance –  but still without focus. And time was a-ticking. The more I thought, the further I seemed to be from an answer.

It came to me on a run one morning that I was probably over-thinking.  If we wanted to make a work that would grab people we needed to step away from our intellects and start with the material that most grabbed us.

I’d  been sending images for Liesbeth to enjoy on her coffee-break. Late in March I sent this jewelleryness-suffused thing of wonder:

I love it! This work has so much to it. The beautiful rhythm of the braille dots, the immediate sense of feel and touch, and then this undulating naked body that can be touched but only in an immediate way, the poem that stays a mystery for those who can read – this work puts everything upside down.

(It also brings back memories of a blind friend of my father who was a poet (like my dad): he used to feel my face and shoulders with his hands and I was always terrified though I was aware that this was unfair towards him.)

Beautiful, thank you Sarah. I am thinking right now about which piece I will put beside the Ferrari one..

The next day, Liesbeth wrote compellingly, pairing  the Ferrari piece in a dazzling leap with Peter Bauhuis’ Parts from the gallium hoard from Obertraun (2011):

a series of rings made from gallium, which melts at body temperature – 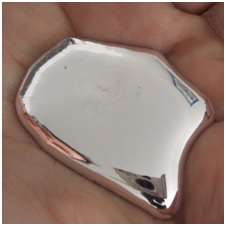 This act of art-historical-jewellery-genius seized me and stayed in my mind over all our other exchanges.

And so Touch to Reveal became our THING, and the challenge became to somehow present this material for our viewers in a way that would honour its magic and poetry.