Circumstances of late have made me think that now would be a good time to talk about my material of choice, wood, and quite frankly I see it as a good place to start reflecting.

While being mentored by Helen Britton we discussed style surfing and how the internet provides a haven for makers to collect image’s that can influence making and undermine originality. Relatively, I expressed my concerns around the use of wood as a material, as I felt I was witness to it becoming a trendier material than when I first started using it as a student and with respect  it is an inexpensive and easily accessible resource.  Helen reassured me that if wood is innate to my practice then I must continue and stay strong, as I will still be using it when any trend I see has surpassed. 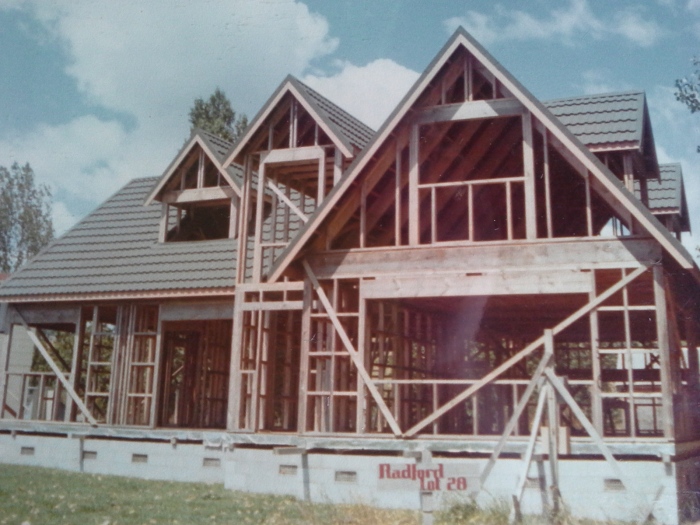 1982, [15yrs old] I was a general gofer, helped with chalk-lines and spirit levels made from clear hose pipe. To this day, I am still  fascinated with both the chalk-line tool and home made spirit level with its chiseled wooden plugs.

Subsequently, I feel strongly that by now I should not feel the need, nor find myself in a situation where I have to justify my use of wood – how long do I have to endure repeating myself as to how it became my material of choice, that I am not a maker who is following in its use as a trendy material. As a jeweller, I have been using wood for the last 7-8 years, although a relatively insignificant amount of time, I did not fall to it by chance. It was a long drawn out process that led me to understanding how wood has played a significantly subconscious part in my life since I was born, while also learning I was also preconditioned in the act of re-appropriating used wood.

Wood is one of the oldest materials known to jewellery making, a natural resource used to decorate the body the same way bone, stone and shell were used by ancient civilizations, and I believe in fact, used before metal. I do not see it as a material to be questioned – we never expect a jeweller to justify his use of silver or gold so why would we question wood like it is second rate? Surely a material that has such history in the context of jewellery should be one to aspire to, respect and treat as a valuable resource. I can only but think of Fran Allison’s, As Good as Gold and in some instances associate wood to her reflection of plastic.[1] 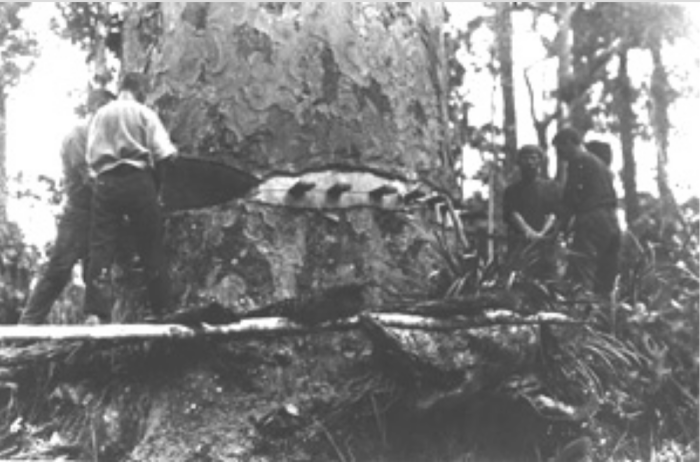 I was the little girl with my father’s saw in my hand and a piece of wood in the vice, the daughter of a carpenter that immigrated to a land were wood was an essential part of its heritage and economy, a country whose early abundance of native timber made it a precious commodity. I grew up with the smell of freshly sawn timber in my nostrils.

I now find myself in a world that generally takes wood for granted, sees it exploited and trashed.